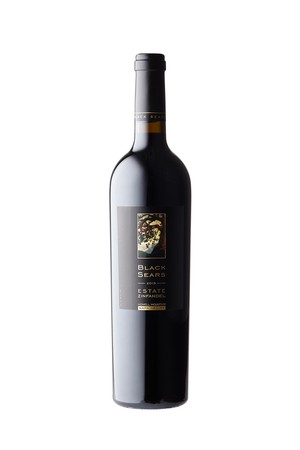 The 2016 vintage is being hailed by critics as another classic for Napa Valley, drawing comparisons to 2013 for both the even growing season and the quality of the wines, as well as their age-ability.

Visually, the 2016 Black Sears Estate Zinfandel is a maroon velour curtain at the opera, lit at the edge by the bright stage lights portending the drama to come. The nose is more white pepper than black, with an abundance of rocky mountain-top. On the palate, this is a heady, intellectual Zin that, like a rhythm from Buddy Rich, seems to dance around the very concept of Zinfandel. The wine is dry on approach, with the sense of black and red fruit almost implied by the abundant spice and minerality before it blossoms on the tongue. And it’s this minerality that really defines this wine. Without any water from the heavens in '16, it’s as though the roots resorted to drinking the iron itself from the kaolinitic clay in the soil. The finish is bright and sunny, with a lingering, statuesque impression of red fruit carved out of stone.

Pair with leg of lamb and gremolata cooked on an open flame behind the camper van under a  Yosemite valley susnet, with Led Zeppelin cranked up loud enough to elicit complaints. It’s been a long time since you Rock n’ Rolled…